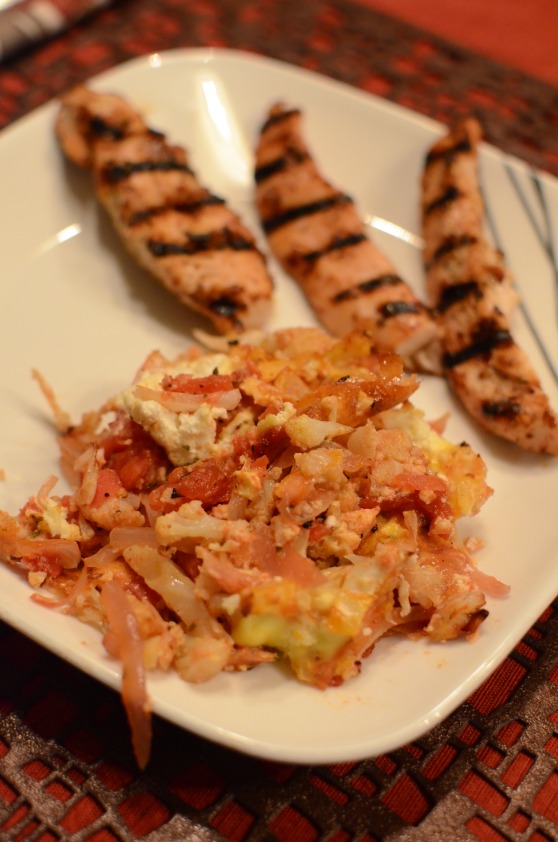 There’s nothing like 2 weeks straight of eating out for nearly every meal to get one on the mood to cook!

Sorry if that sounded like a humblebrag – or just a brag. Back in April, Matt and I finally went on vacation to a country where we share some ancestry – Ireland – and returned stuffed. We had some fantastic meals (FX Buckley in Dublin, The Mews Kenmare, Cafe Hans by the Rock of Cashel, Doyle’s in Dingle, Greenmount House breakfast, and Ashford Castle in Cong) and some that were simply filling. (I guess they assume that if we’re full of stews and breads, we’ll be less impacted by the chill and rain). By the time we returned, we were both ready for some home cooking.

A half a head of cauliflower (I can never seem to get through a whole head with one recipe for two people without too many leftovers), and some pantry staples led me to this recipe. As an accompaniment, we enjoyed a delicious and simple preparation of marinated dijon chicken, using basic pantry items.
Note: the chicken recipe calls for 2 hours of marinating. We threw ours into an “instant marinator” tool we have (which is a container with a top that you can suction air out of) and let it sit for about 30-45 minutes during the other prep. We don’t believe this tool necessarily lives up to its name or holds a special magic, but either way, our chicken was super flavorful in that shortened marination time.
Cauliflower Gratin with Tomatoes and Goat Cheese
Adapted (halved) from The New York Times 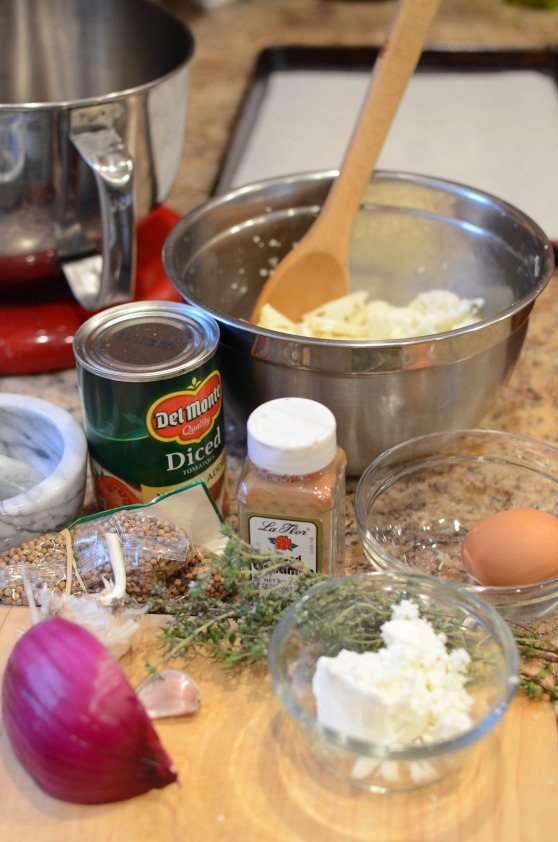 Preheat the oven to 450 degrees. Prep a baking sheet with parchment or foil.
Cut the stem and leaves off of the cauliflower. This is easier once you at least quarter the head. Roughly cut the cauliflower into about 1/3 inch pieces. Mix with 1 Tablespoon of olive oil, salt, and pepper, and then spread on the baking sheet.
Cook in oven for 15-20 minutes, stirring about halfway through. The cauliflower is done when it is tender and the smaller pieces have browned. 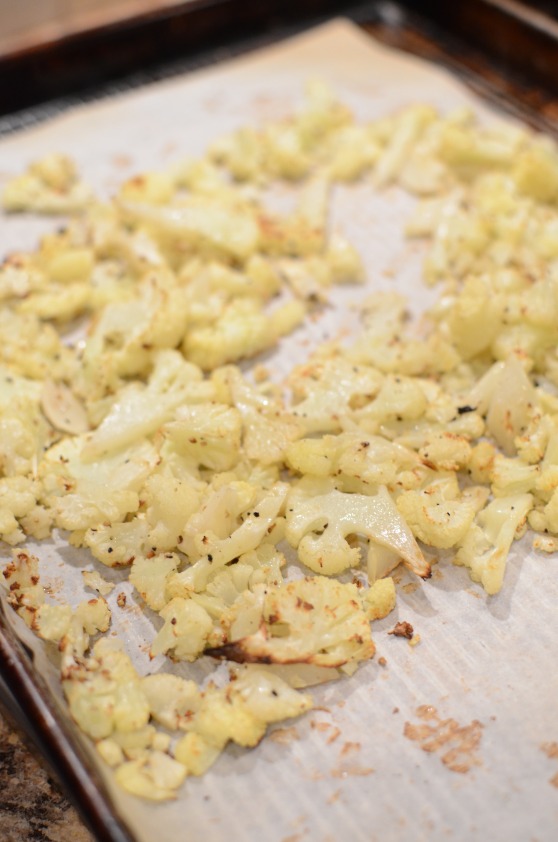 Transfer to a bowl.  Reduce oven temperature to 375 F.

While the cauliflower roasts, prep the remaining ingredients: red onion, garlic, and thyme, and roast and crush your coriander seeds, if you haven’t already. 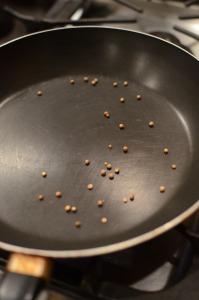 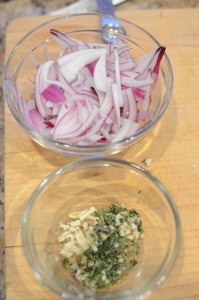 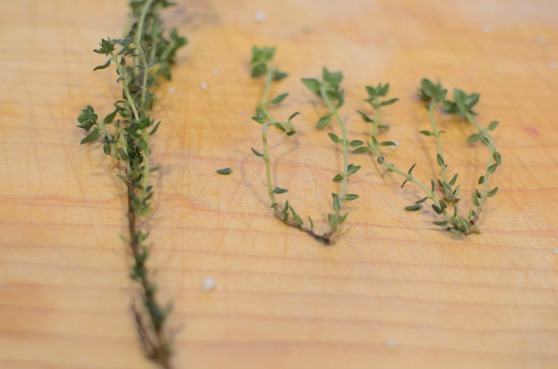 In a medium skillet, heat last 1/2 Tablespoon of oil over medium heat. Add onion and cook, stirring, until tender (about 5 minutes). Add the garlic, thyme, and a pinch of salt and continue stirring for about 30 seconds-1 minute, until the garlic fragrance is released. 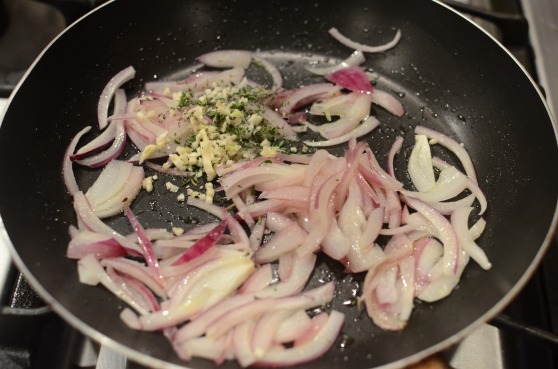 Add tomatoes, cinnamon, and ground coriander seeds. Increase heat to a simmer; season to taste with salt and pepper. Lower heat and cook for a few minutes, until the tomatoes have cooked down a little bit (not too much) and the spices are incorporated. 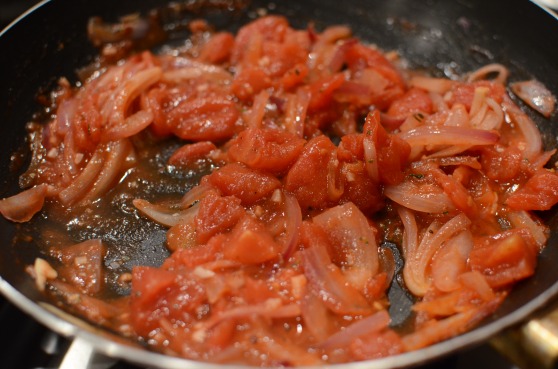 Add to cauliflower bowl and stir together. Pour into prepared baking dish. 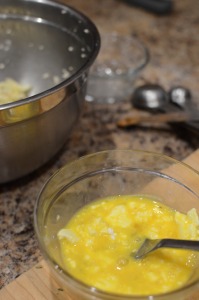 Beat egg, and add all but about 1.5 Tablespoons of goat cheese and beat together. 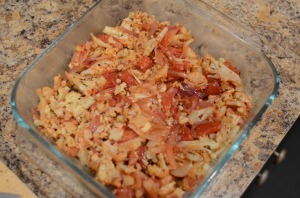 Pour egg mixture over cauliflower mixture. Top with pieces of goat cheese.
Bake 20-30 minutes, until the top is starting to brown. Allow to cool slightly before serving. 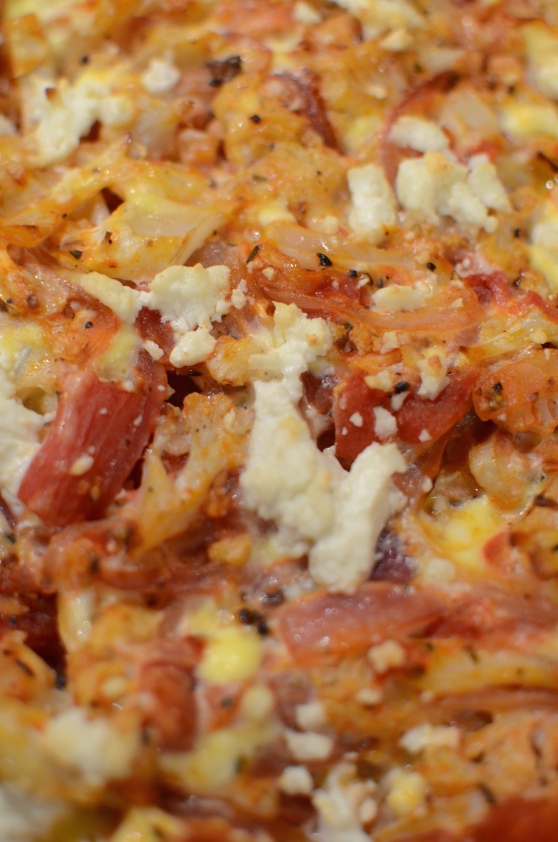 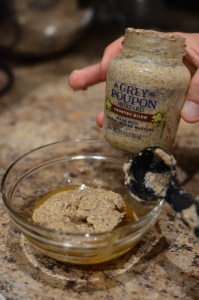 Mix the honey, mustard, 1 Tablespoon of oil in a small bowl and salt and pepper, to taste. Put mixture in a large plastic bag, bowl, instant marinator, or whatever you like to use to marinate.
Add the chicken and flip or shake to ensure it is coated with the marinade.  Refrigerate until ready to grill (2 hours recommended in the original recipe).
While the cauliflower gratin bakes, preheat the grill to medium.
Cook the chicken on oiled grill grates until you get nice dark marks on each sides, about 4-5 minutes each.
Let the chicken rest briefly, and then serve with the gratin. 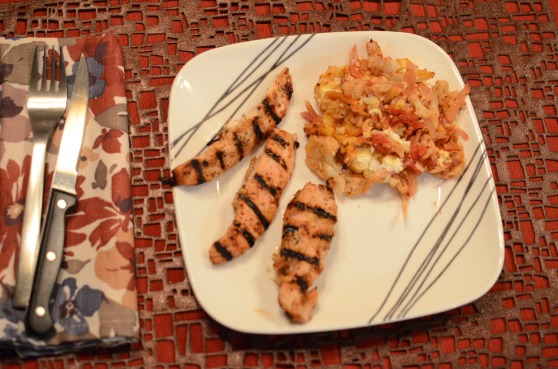 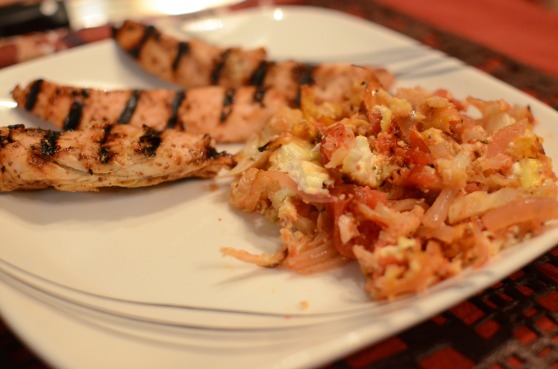 There you have it–a simple, home-cooked meal!